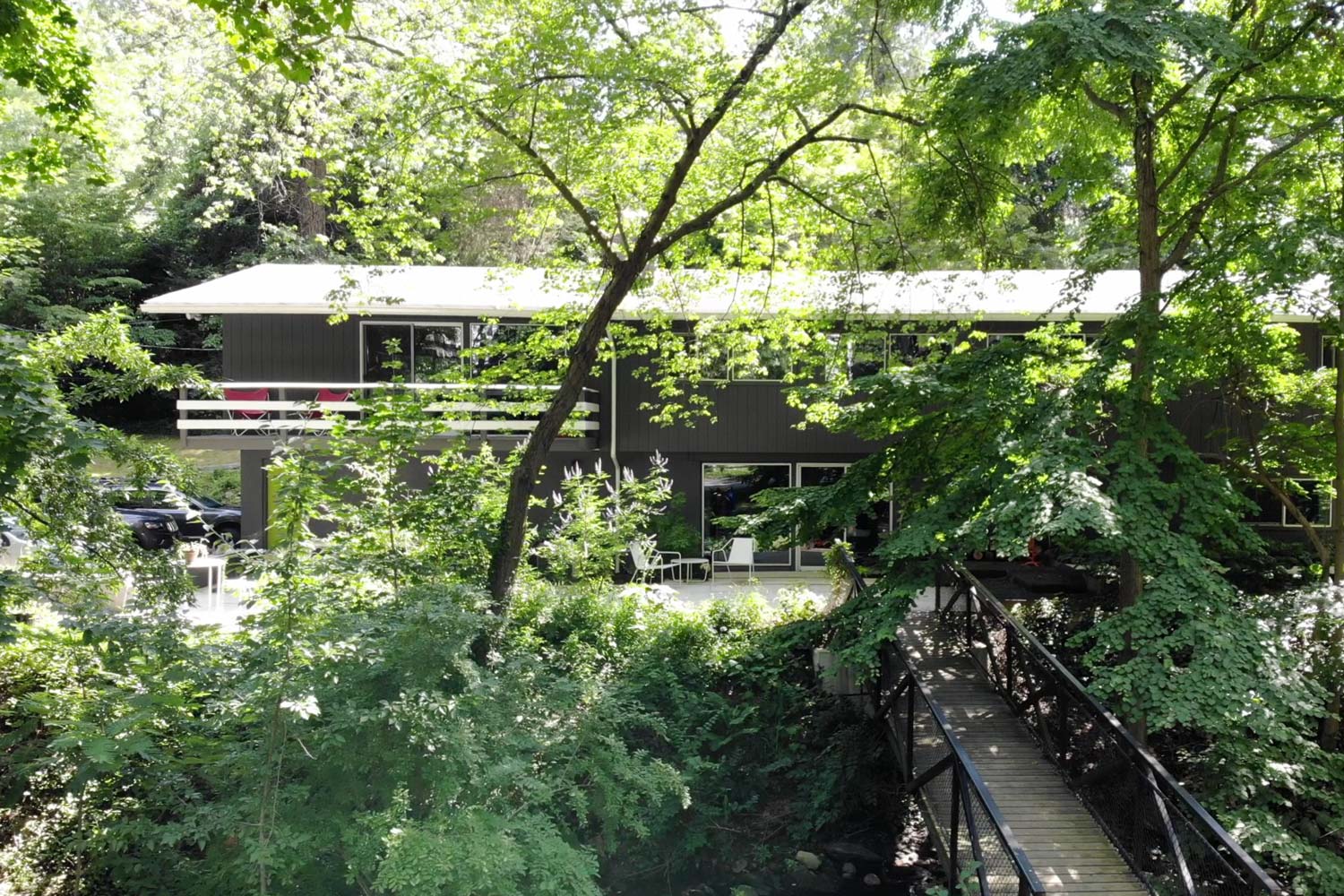 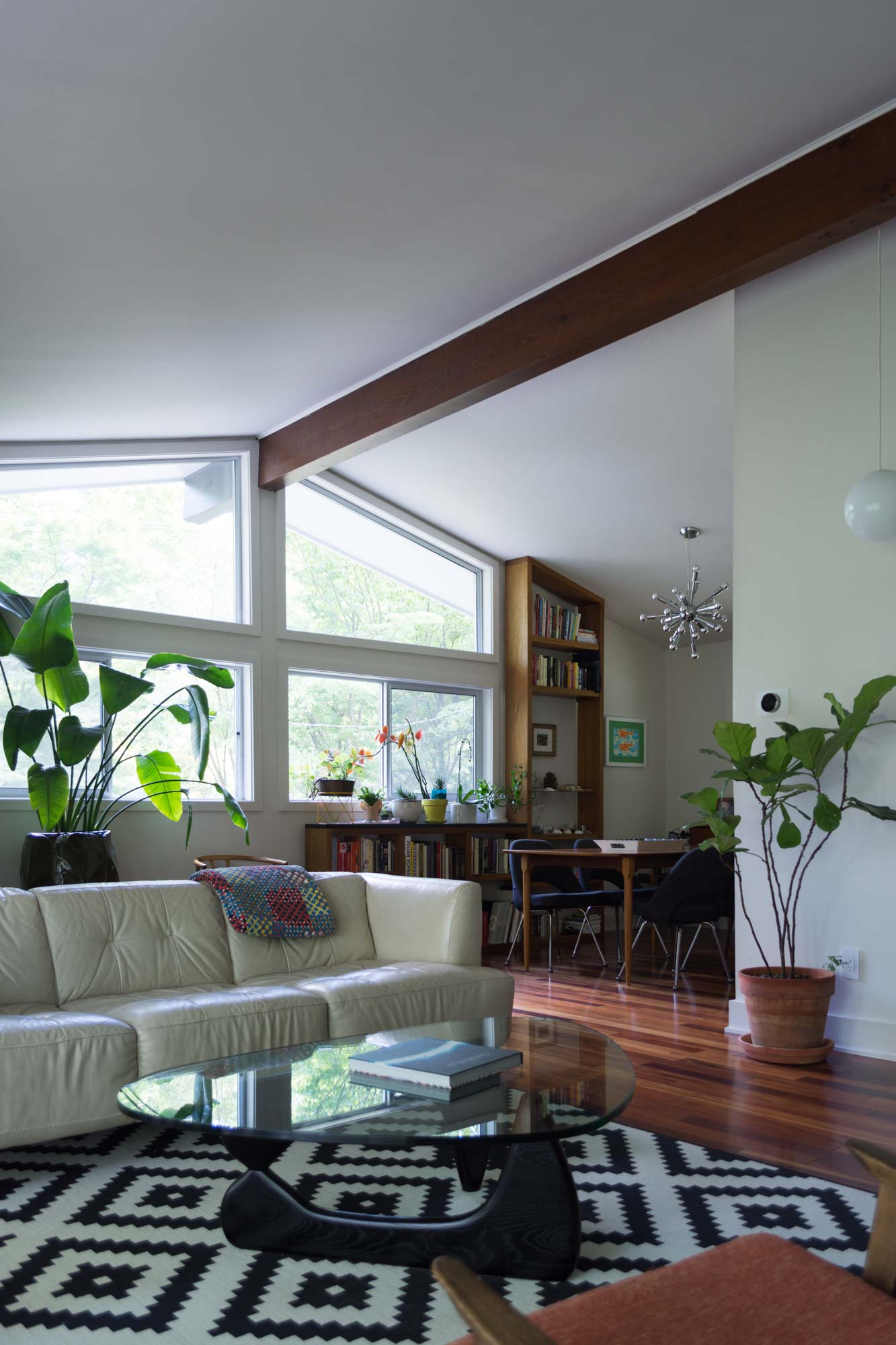 A renovation of a house originally designed by Robert McElroy in 1958. The project areas included both the main and lower levels, as well as the outdoor living areas.

While the project respects the existing space and mid century time period, some modern amenities were added to satisfy the needs of the young family occupying the home. A notable contemporary intervention is the glowing cube that is formed by a new shower stall on the lower level. 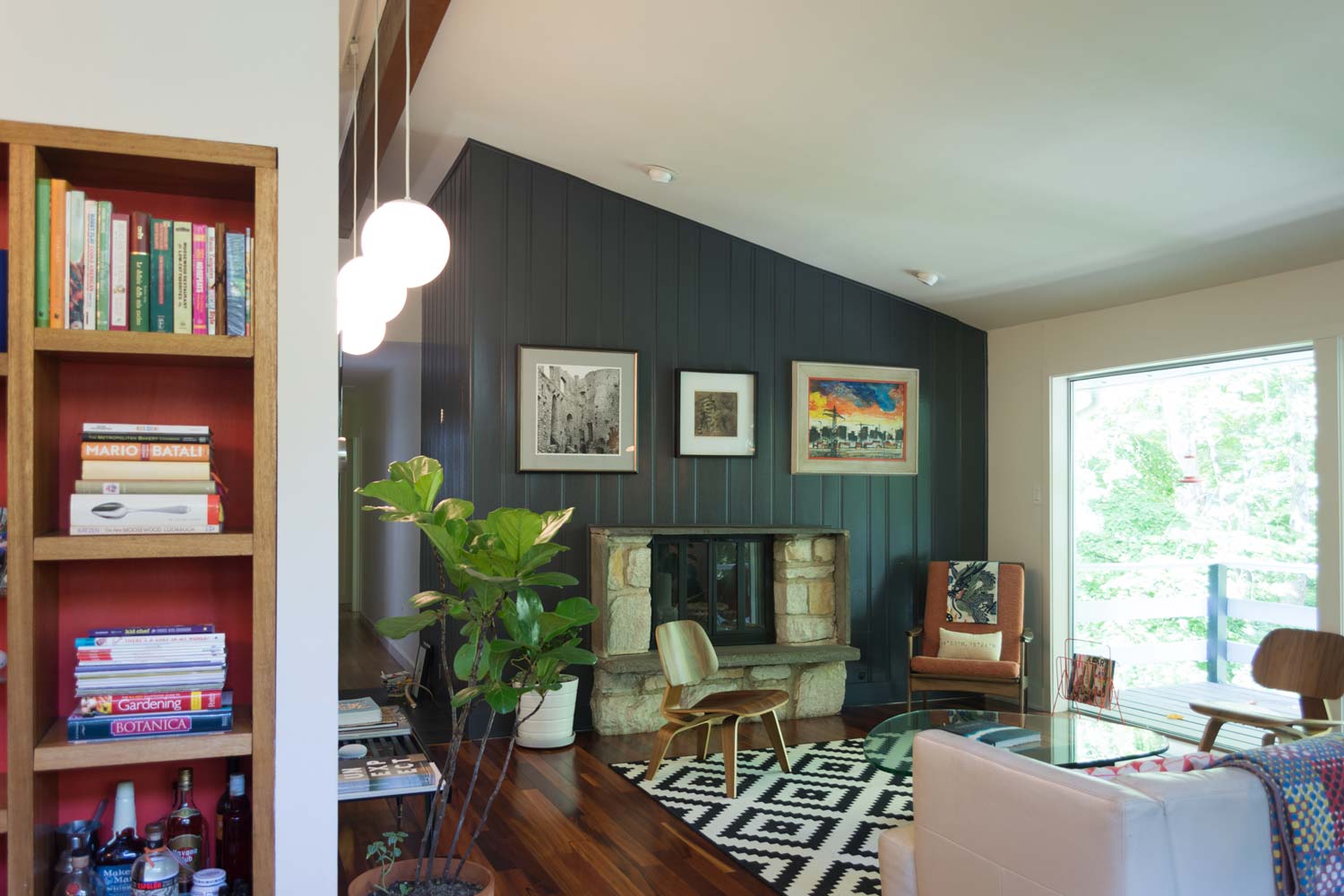 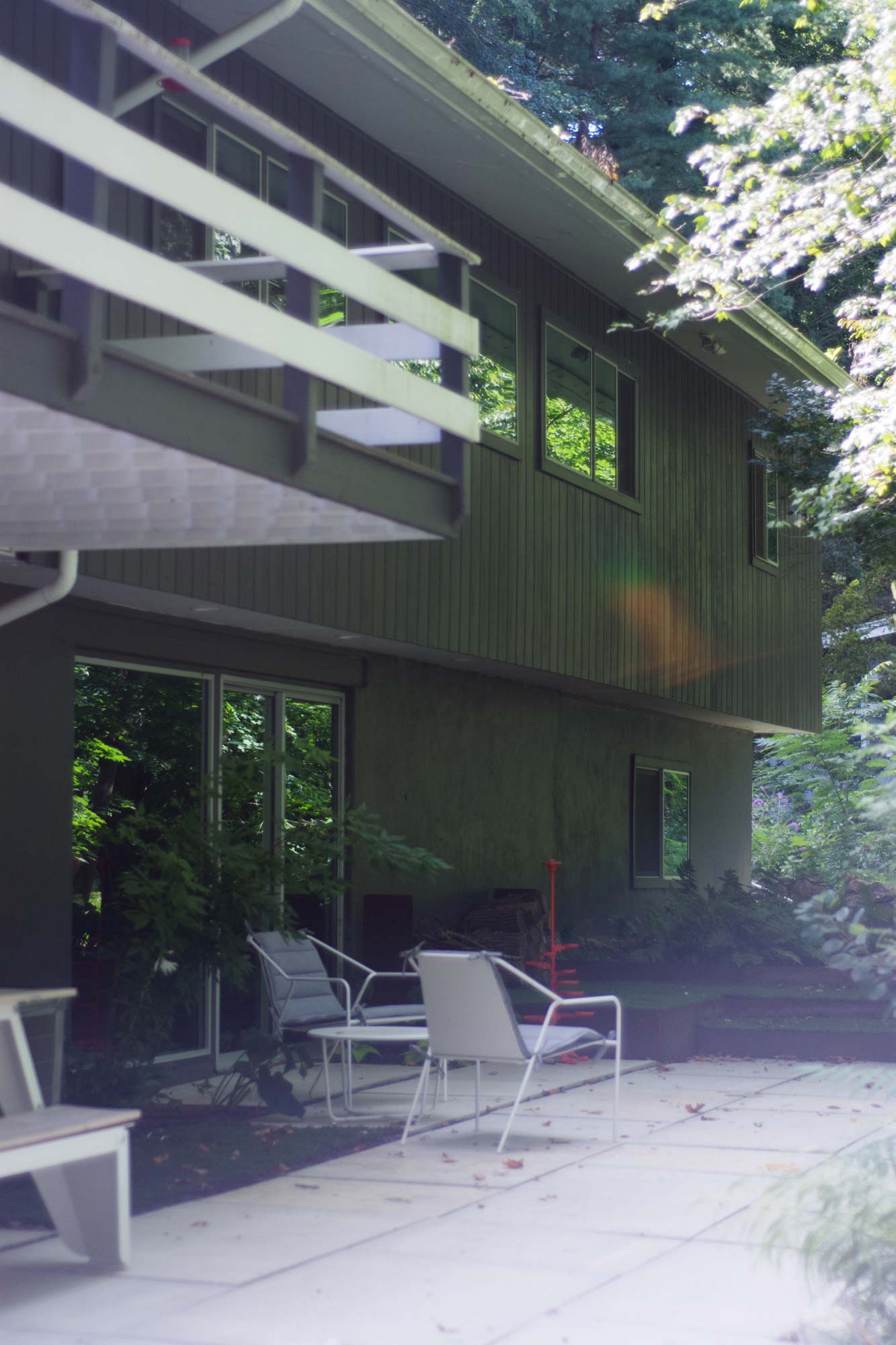 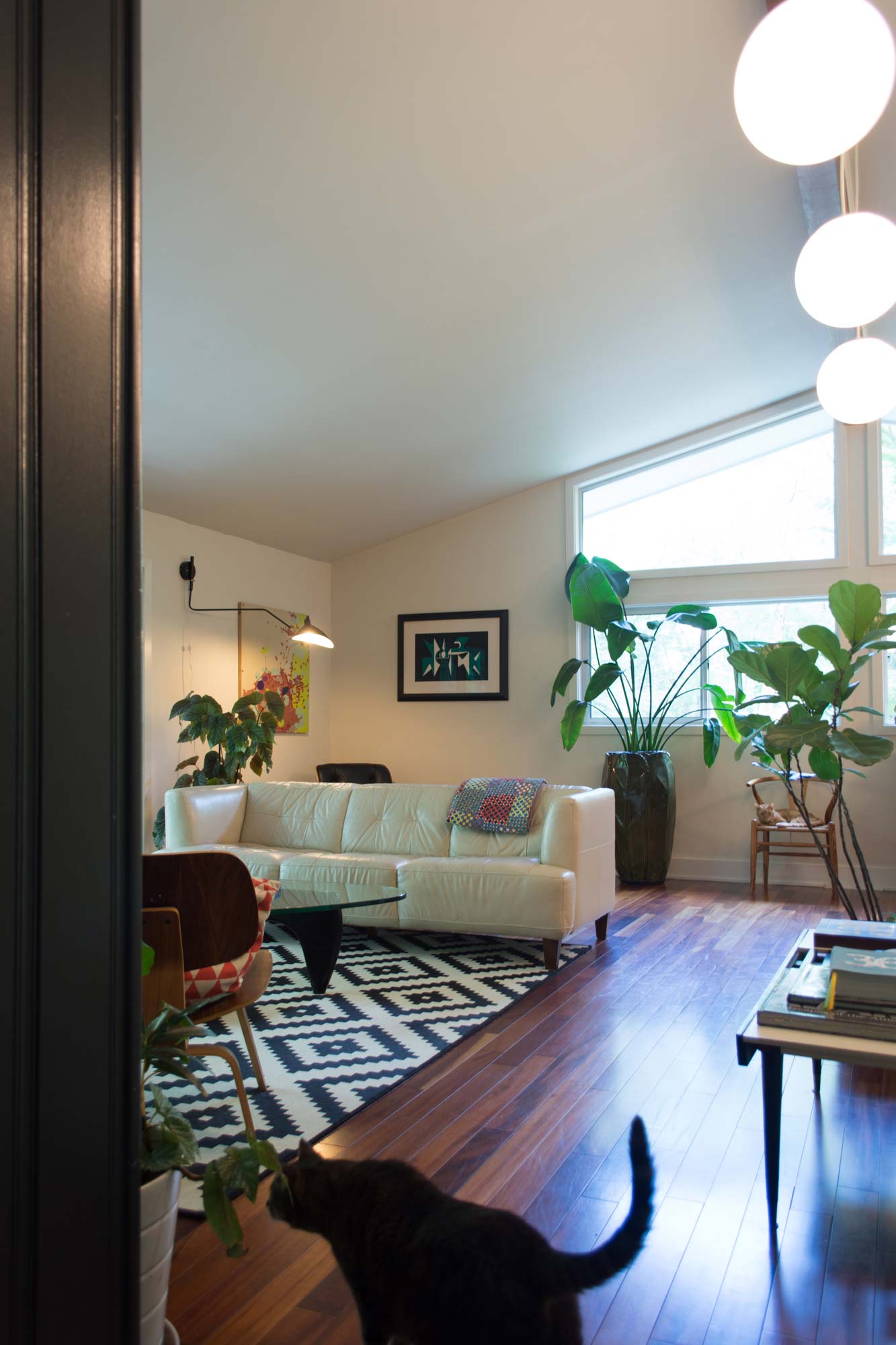