Canopy at the Barnes / Alléesoid

The Canopy at the Barnes / Alléesoid 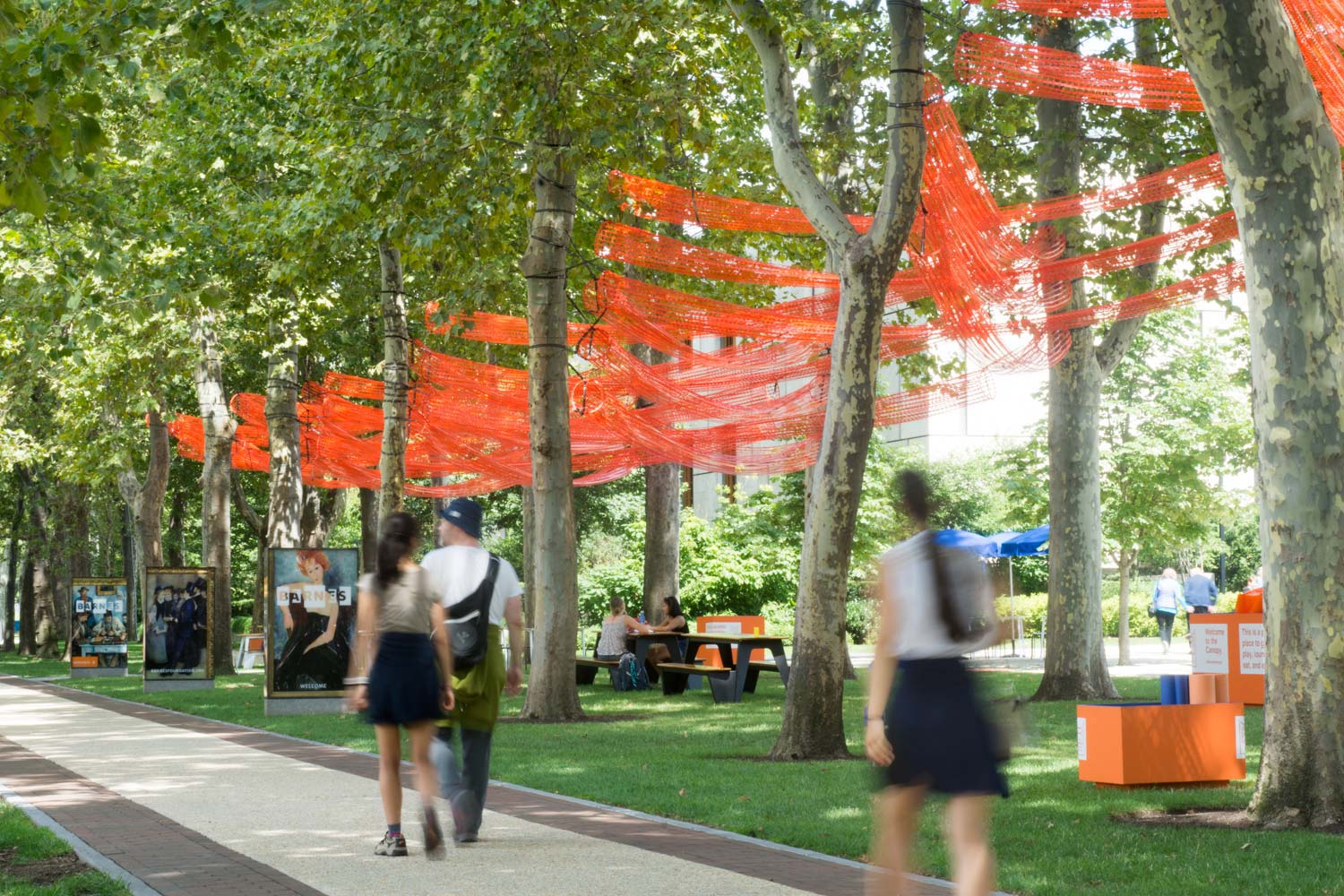 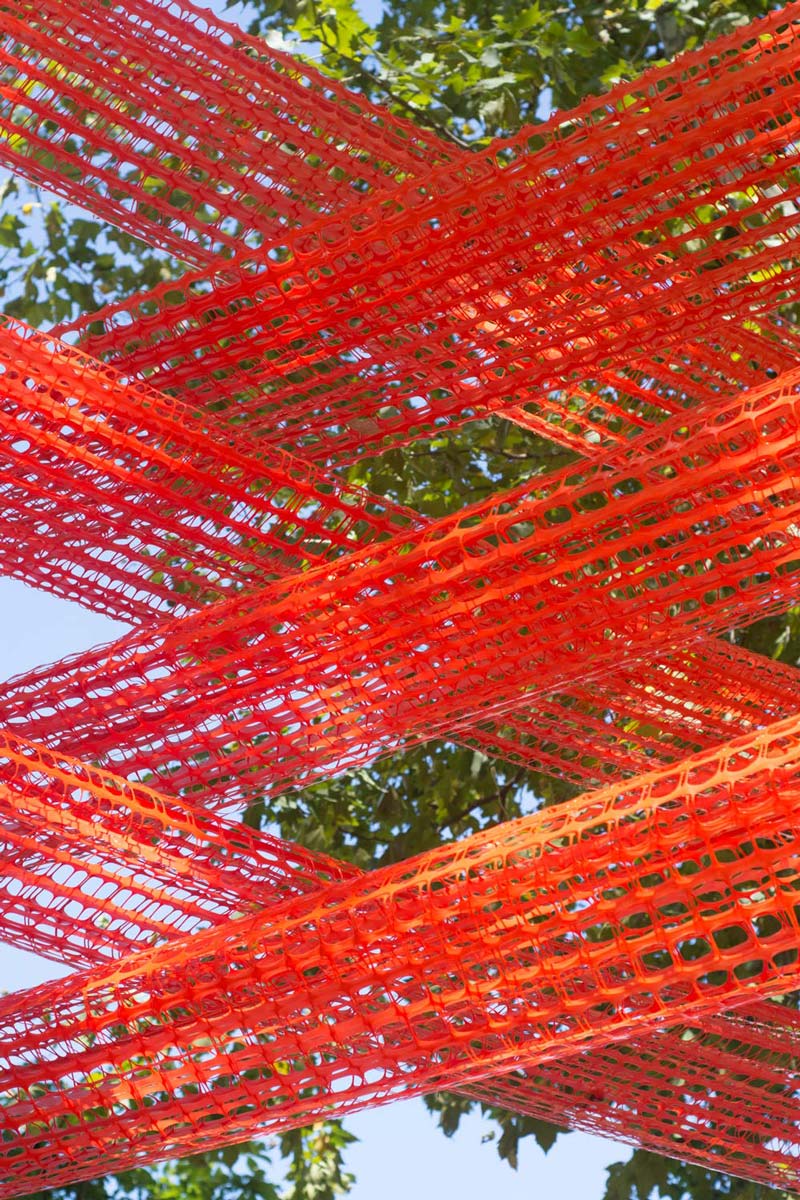 A 300-foot long site-specific spatial installation for the Barnes Foundation. The client was interested in activating the underutilized public portions of the site, which were acting as a barrier to entry for the museum. The concept-driven project proposed a transformation of the visual barrier into an occupiable space.

After exploring pedestrian barriers, the design team began experimenting with typical construction fencing materials. The material was transformed into catenary tubes formed by rolling and fastening the material lengthwise.

A weaving and tiered pattern swoops down to create a ceiling plane and then rises up into the tree canopy to create both intimate and sprawling spatial experiences. Due to the porous and lightweight nature of the material, the installation is dynamic as it is affected by sunlight, wind, and visual layering.

Beneath the mesh canopy, cafe seating, picnic areas, lounge areas and a bocce court were added to further activate the space. 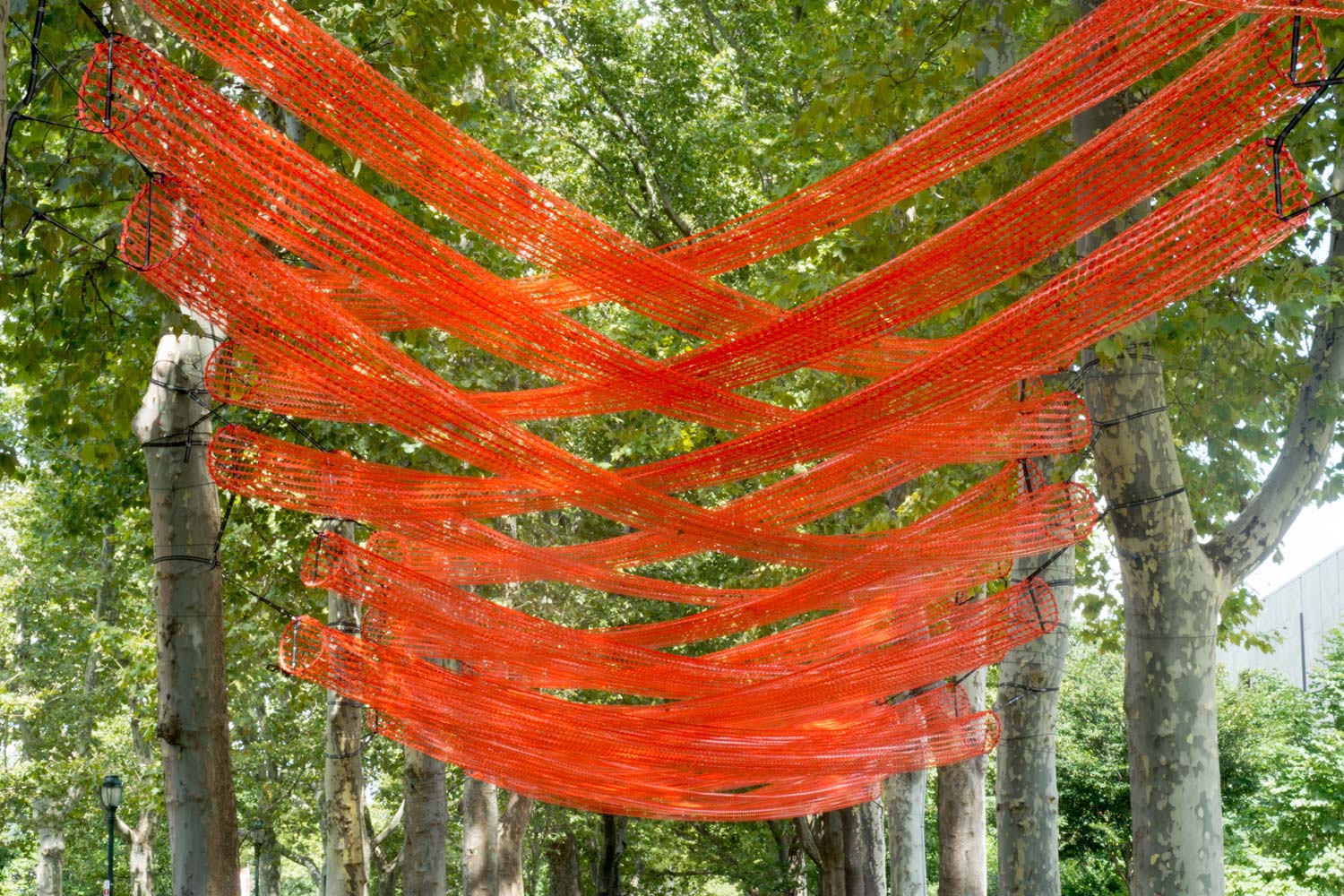 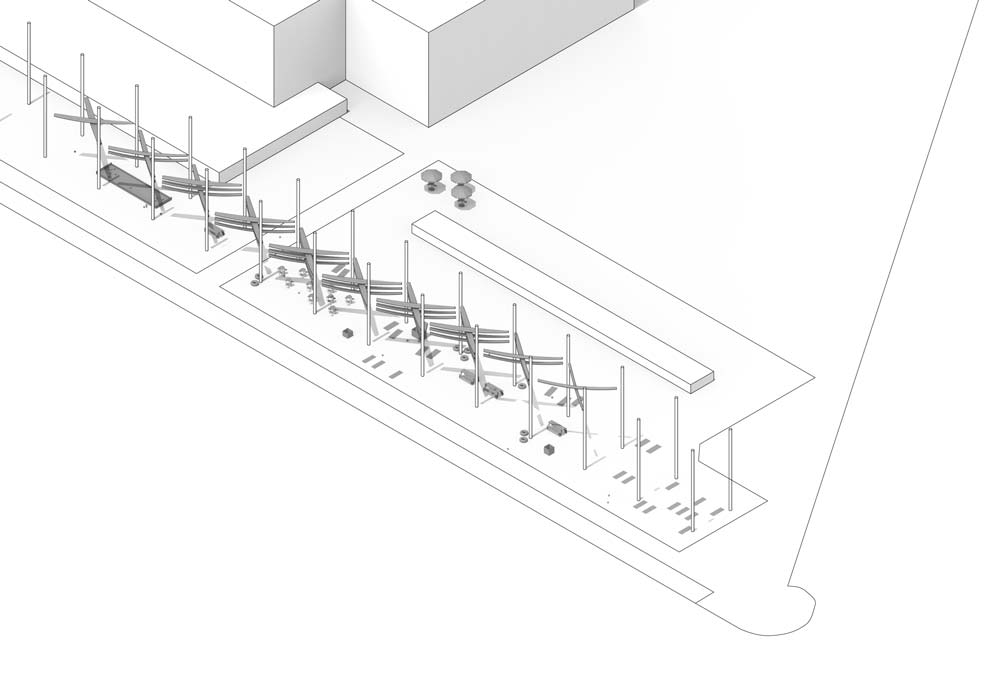 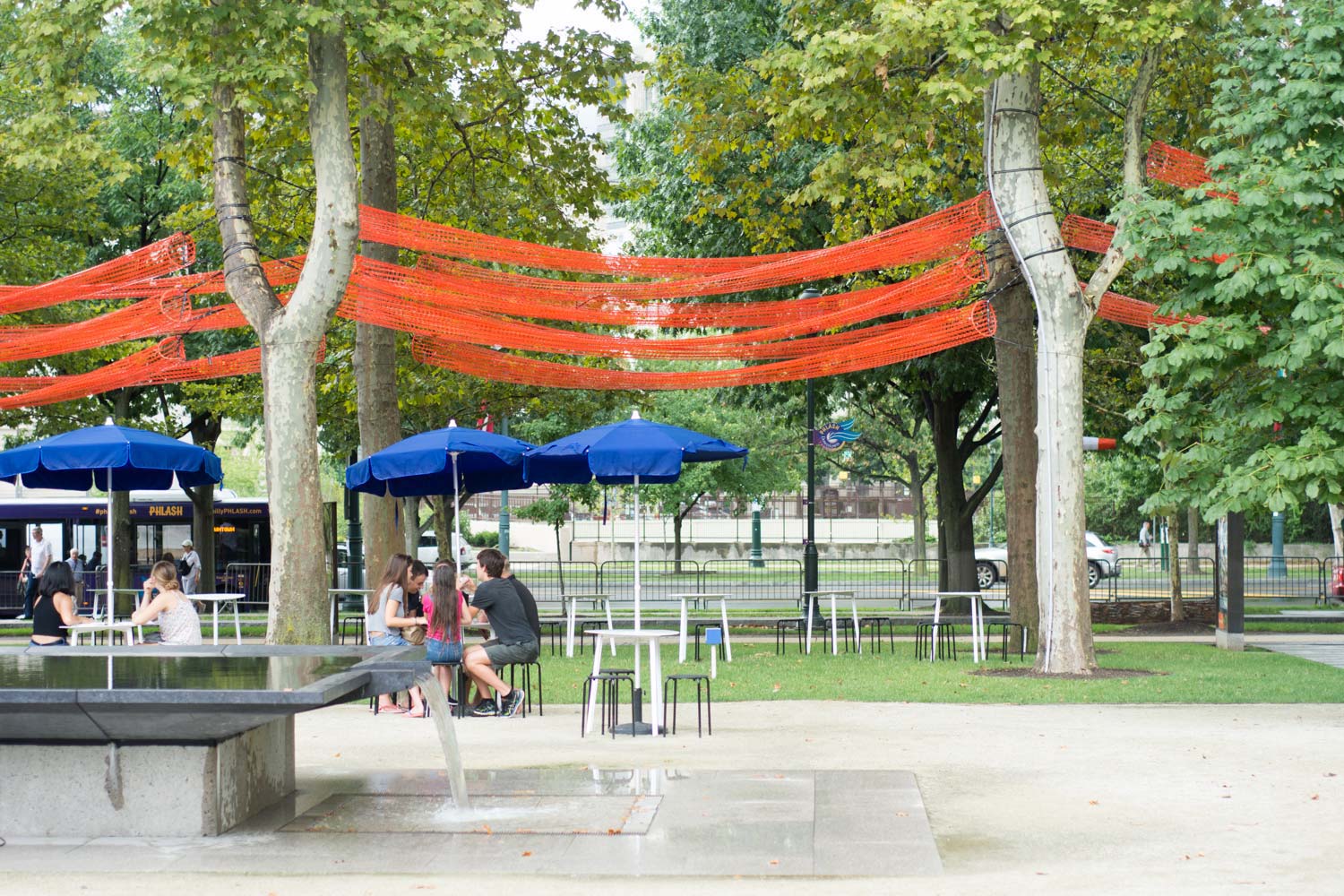 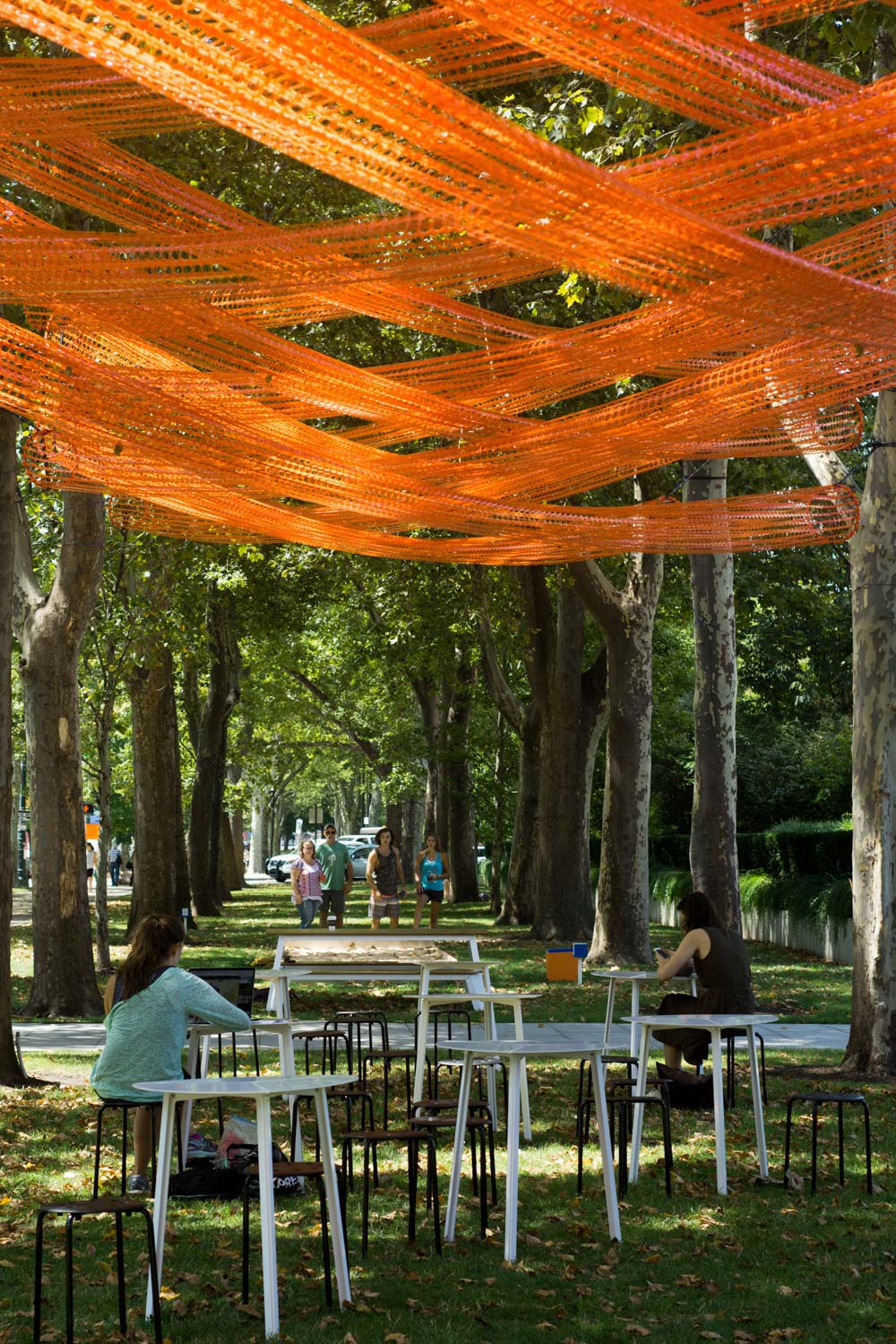 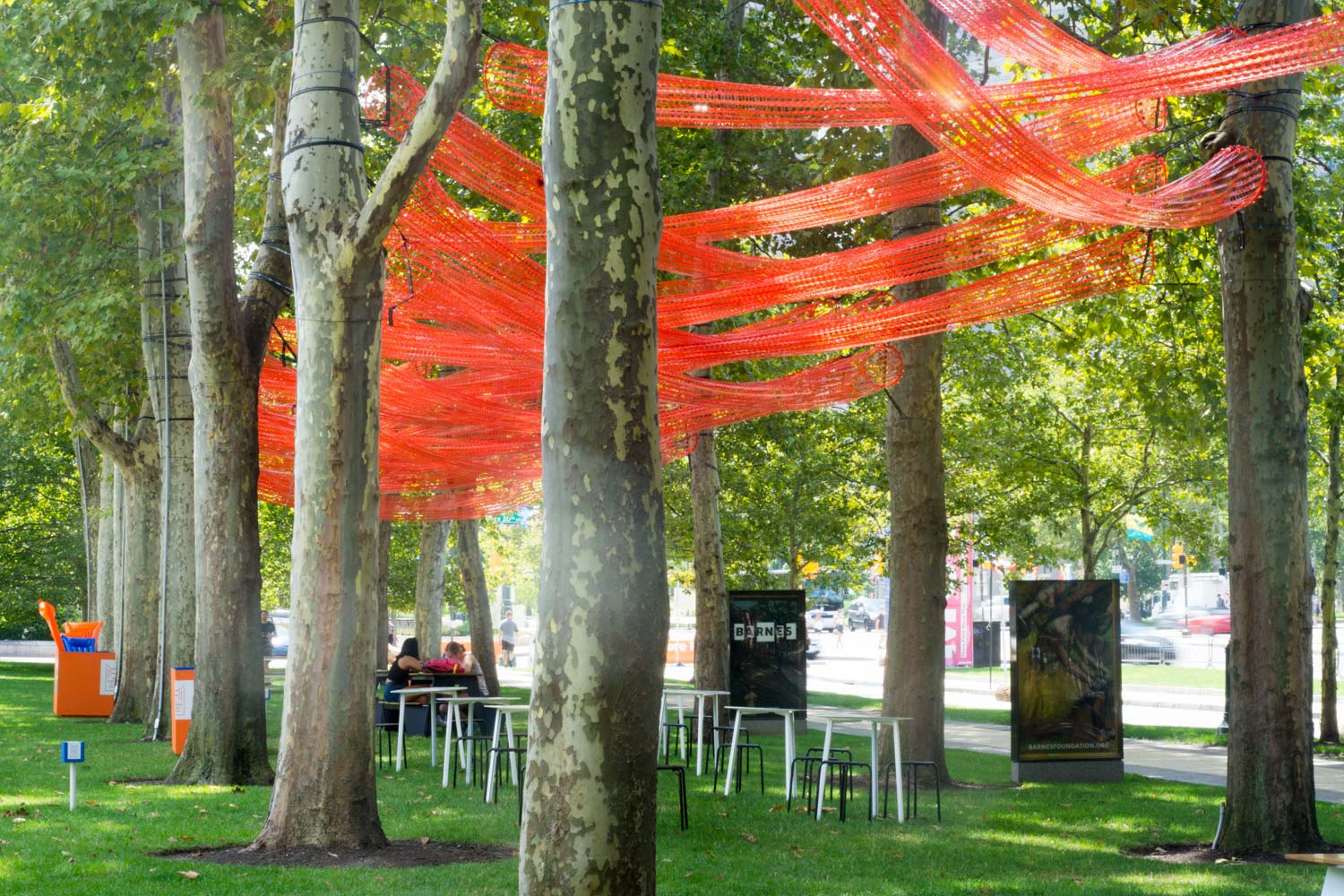